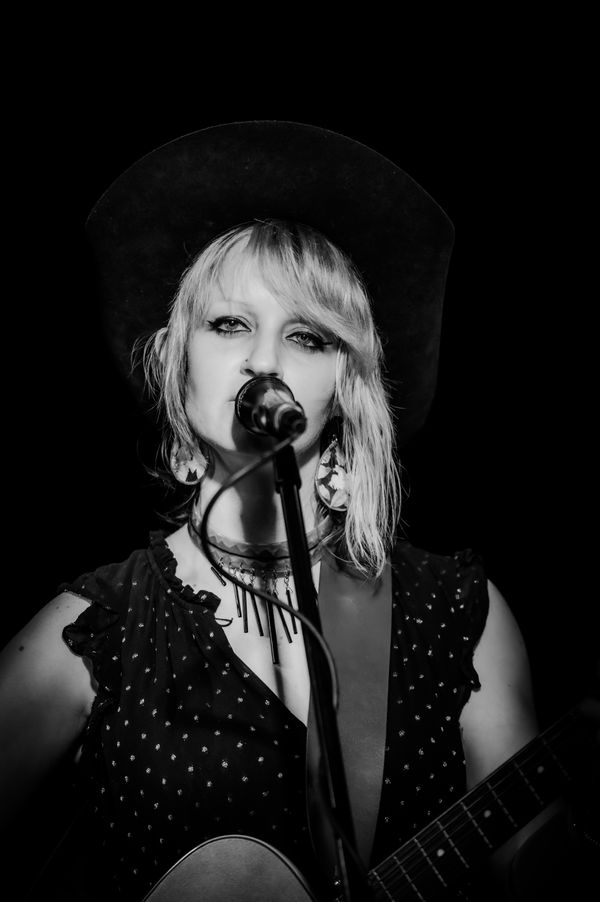 Hailing from the melting pot of New Orleans, Shawn Williams makes music that's every bit as diverse and hauntingly soulful as her hometown. She calls it "alt-rocka countrybilly, serial killer blues," carving out an atmospheric sound that blends amplified guitars, rawly honest lyrics, and nocturnal arrangements into her own brand of Americana-noire. Wallowin' in the Night, her fourth full-length record, adds a new dimension to that musical mix, unfolding like a soundtrack to the long, lonely hours after midnight.

Wallowin' in the Night shines its light on the darkness of the human experience, its songs detailing Williams' experience with heartbreak and hangovers, breakups and booze, vices and vulnerability. Released on the heels of 2020's The Fear of Living, The Fear of Loving, it's an album about the people who leave and the hard habits that stick around, written and produced by a songwriter who isn't afraid to shine a light on the skeletons in her own closet.

"A lot of these songs have a nighttime atmosphere," explains Williams, a former radio programmer who launched her songwriting career with 2017's Shadow and its acclaimed follow-up, 2018's Motel Livin'. "The nighttime is when we're mostly alone by ourselves, stuck with whatever's going on, whether that's sadness or happiness. When I was writing some of these songs, it was mostly sadness."

From country ballads laced with pedal steel ("Don't Go") to angry, alt-rock standouts with overdriven guitar solos ("Everything You Stood For"), Wallowin' in the Night explores the universal theme of heartbreak with Williams' singularly genre-jumping approach. The sexually-charged "Buzzed" begins like a haunting folk song, its acoustic guitar chords punctuated by Williams' invitation to a would-be lover to come spend the night, then builds into an anthemic, full-band salute to the carnal desires that keep us awake after hours. "Fireworks'' finds her channeling Neko Case — another country-adjacent rock & roll siren who traffics in the nocturnal and the nuanced — while "So Tired" mixes fuzz guitar riffs and stomping percussion into a proudly pissed-off declaration of hard living and inebriation. Williams mixes humor with heartbreak, too, delivering biting lines — "I really do hope that you two live happily ever after, but who am I kidding? I was never good at telling jokes," she snaps in "Someone Else" — with the stinging swagger that's already made her a hometown hero in New Orleans.

"The unbridled Williams sings of lust and longing at the dark end of the street," gushes The Advocate, alternately describing the songwriter's sound as "hillbilly-post-punk-goth-rock" and "Hank Williams meets The Smiths meets Siouxsie and the Banshees." Defying categorization, Shawn Williams wears her broken heart on her sleeve with Wallowin' in the Night, unafraid to detail the lengths to which she'll go — from quick fixes to long benders, from last calls to first moves, from self-examination to boozy self-annihilation — to get some much-needed relief. It's an album of dynamic shifts, its full-throttle highs and lonely lows mirroring the rollercoaster ride of heartbreak itself, and Williams sings each song in a voice flecked with both the twang of alt-country and the pissed-off power of alt-rock. She makes her home there, in the gray area between genres, planting her flag in territory that runs beside her influences, yet is still distinctly her own.

Yes, there's darkness at the end of that street. But there's also melody, guitar-driven muscle, and the cutting insights of a songwriter who, like her New Orleans home, isn't afraid to embrace both the wild thrills and dangerous possibilities that come with a life lived after sundown.